When Kaleb was born Ben was 22 months old. He was talking but not well yet. The week before Kaleb was born we all got terrible colds. I was so concerned about bringing a new baby home to a bunch of sickies. I even made everyone, including Todd , wear masks at the hospital and during the first few days home. Obviously Ben would not wear one, so we tried desperately to keep the kids apart for the first week. Our solution was to entertain Ben as much as possible with our portable DVD player. For some reason he started calling the DVD player “Da Da”. I can only think it was because he was trying to say DVD. Who really knows though! I thought it was pretty funny until he started calling Todd “Uh”! I’m serious, Daddy is Uh! I would point at Todd and ask him who that was. He would always say Daddy, but when he was speaking directly to Todd he would only call him Uh! So when little Kaleb grew older and begun to speak guess what he started calling Todd?! You got it, Uh! As the boys have grown older they’ve of course learned to talk completely normal. Well, with the exception of the cute little lisp Kaleb has. But still haven’t figured out if its really a lisp or just a very think Utah accent! Anyway, now at 5 and almost 7 they refer to him as Uh. Every once in a while I can’t help but crack up a bit. It’s such a silly name! I’ve heard kids call their dads Dad, Daddy, Father, Papa, Pa (courtesy of growing up watching Little House on the Prairie), etc. But never in my life have I heard any other child refer to their father as Uh!  And the best part of all? Todd responds to it! I’m excited to see if its still something they call him in college! 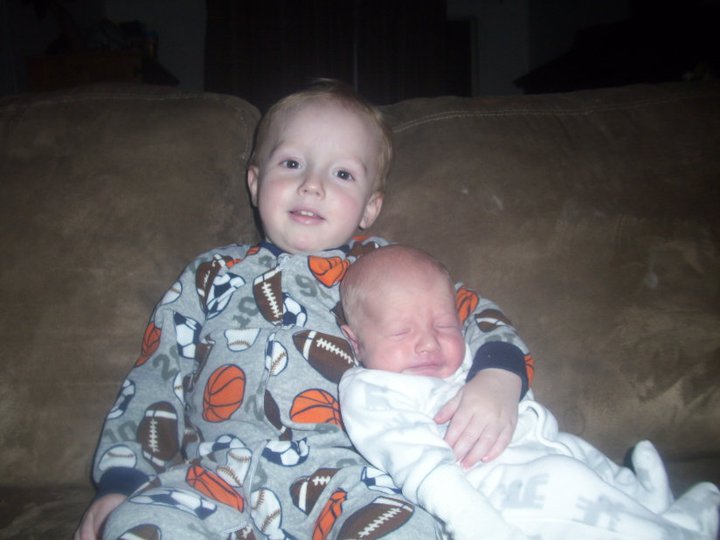