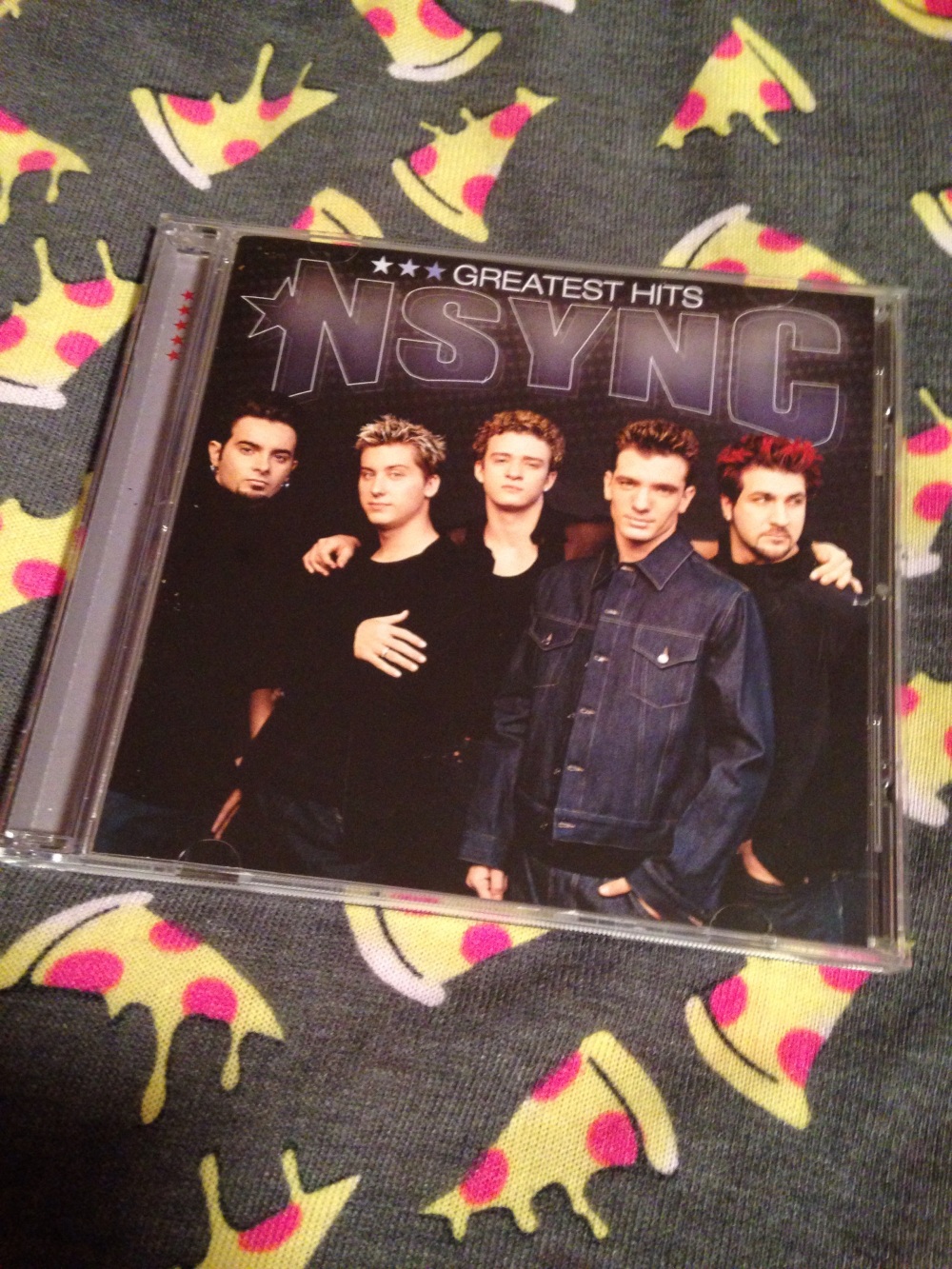 Last weekend I decided I wanted to go to Target. For those of you who don’t know me or anything about my hometown. Target is a 45 minute drive. BUT….I clearly lost all common sense and took my husband and 3 children with me so it was about an hour and 10 minutes  ride. When will I ever learn?! You have to drive through a canyon, hop on the freeway on the other side of it, and then keep going for a while longer. Its not a quick trip! But every once in a while I make the voyage. I was in the market for some things to help us with some long needed home improvement jobs we’ve been working on……for years! I found a few good items, but it was the unexpected treasures I was most excited about.

First, I found a pair of PJs covered in pizza! They reminded me of the pizza jumpsuits that were part of Katy Perry’s last tour but nobody could afford to actually buy for themselves. I pretty much wore them nonstop the rest of the weekend. I truly considered wearing them to church!

2nd, I found an N’sync’s greatest hits CD! My high school years consisted of 2 things. The Rosie O’Donnell Show and N’sync! Imagine my excitement levels when N’sync was on The Rosie O’Donnell Show. It was euphoric! So I forced the entire family to listen to the CD in it’s entirely on the drive home. I hadn’t heard some of those songs in 14 or 15 years, but I could still sing ever word for every song! And with every song that started playing a flood of memories came flying back in my head at a speed I haven’t seen in years. Remember, a husband and 3 kids never equals speed! I started thinking about when I bought my first car and would blare the music as I drove through our neighborhood just to make our crazy next door neighbor a little more crazy! I remembered going to their concert and sitting all the way in the back. Not like nose bleed section. But more the nose bleed, sitting with all the old people, could have fallen down the 1000 cement steps to get there section! They looked like little ants down there, but I was SO excited because it was them! Then we waited by their hotel with a hundred other lovestruck teenage girls hoping to catch a glimpse of them coming back and got chased down an ally by a homeless person! Incidently I wore my Rosie O’Donnell Show shirt that the show sent to me when I made my dolls they showed on the show (Another story, another day) to the hotel just so I could impress them if I saw them.  And FYI: neither their giant body guards or the homeless man were anywhere near impressed! I remember blaring Bye Bye Bye when I was pissed off at my boyfriend. Yeah, I married him! I remember drooling over my poster of Lance Bass and swearing someday I would meet him and he would ask me to marry him on the spot! Oh and I remember years later getting an upset 7 am text from my little sister saying he had just come out! And I remember watching them sing “This I promise you” when I got the phone call that my sweet friend and secret crush Jeremy had died in a car accident. Its funny how so much time in your life can pass you by and one little song (or a CD of greatest hits in my case) and suddenly feel like you’re 17 again! In fact, today when I went to get my 5 year old from school I was blasting “Tearin’ up my Heart” with my mini van windows down (it was a beautiful 43 degrees here today!) when I was spotted by a pack of iPhone toting with the ear pods in middle schoolers who gave me the weirdest look! Yup, I’ve become that person! The middle aged not cool mom who listens to her oldies with the windows down thinking that her generation had the best music ever! Pretty soon my kids are going to start asking me to drop them off around the corner from the school! I think next time I blast the CD I’ll be wearing those pizza PJs!